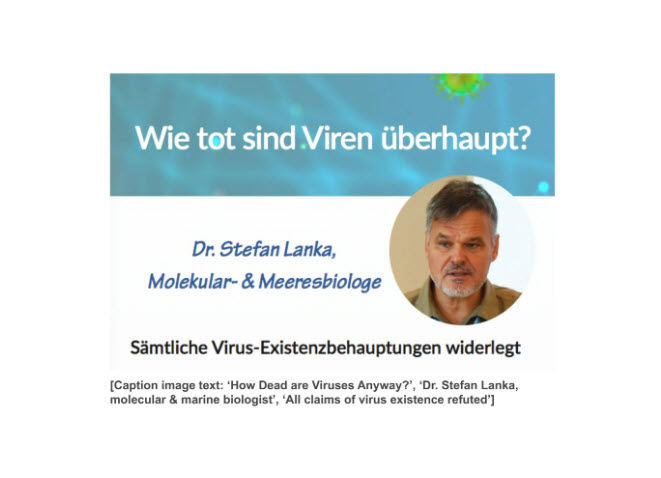 This is an unofficial english translation of Die Wurzel’s July 2020 interview with Stefan Lanka.


Die Wurzel: Everywhere in the media, especially since Corona, one hears from the most renowned virologists, such as Dr. Drosten from the Charité or Prof. Streeck from Heinsberg, how they hold an allegedly living virus responsible for all kinds of diseases. Why do virologists believe in viruses although there are no viruses in living tissue and cells?

Stefan Lanka: These and other virologists do not claim that the viruses are alive but that the biochemically dead viral genome (i.e. the virus) is capable of infection. Like all virologists, they argue that a virus has no metabolism of its own and is biochemically dead.. At best, they say that gene snippets of the viruses are found everywhere not only on doorknobs, which are not capable of infection. In their eyes, only the entire viral genome strand (the whole virus) is capable of infection, but a part of the virus, i.e. a gene snippet, is not. At the same time they conceal their greatest professional secret that they have never found a complete viral genome strand (i.e. complete virus).

And originally found here, where you will also find the german version.