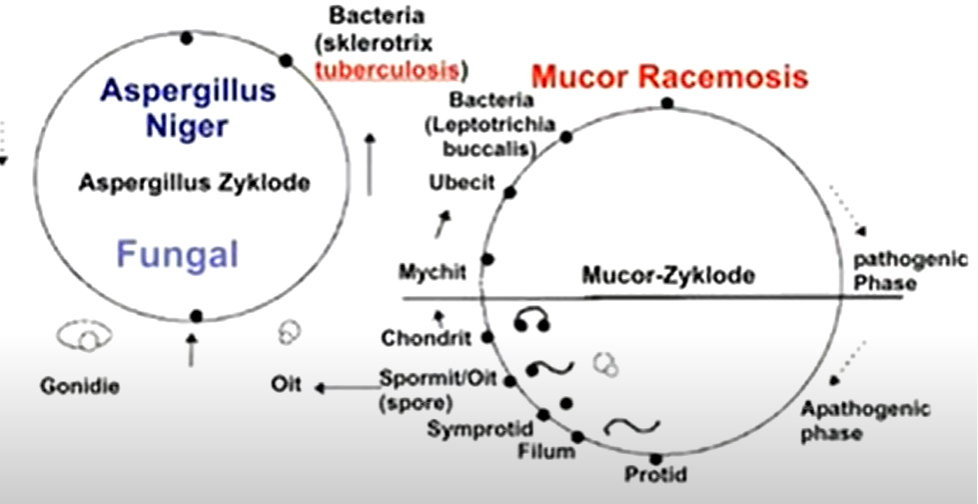 27 May Pleomorphism, a progression.

From the video: “One of the first writers on pleomorphism was the French Scientist Antoine Bechamp. An adversary of Pasteur, he argued that germs were the result of disease and not the cause due to his observations of tiny pleomorphic forms he called microzyma (microbes).”

This short video will take you through some of the progression of this concept.