Pathogenic Priming and the Ferret Study 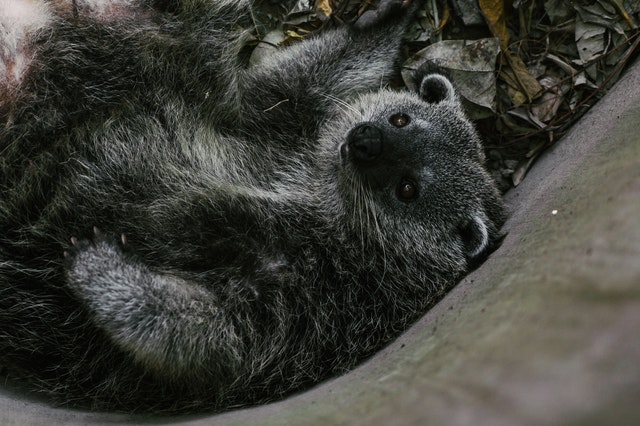 I’ve long been suspect of the pathogenic priming phenomenon. Mainly because virology is bordering on ridiculous at this point in my study, so even when/if the spike protein gets created from the vaccine, there is no wild virus that maps to the antibodies created. But that’s just my study, I’m not a professional in that field, nor am I a scientist. Feel free to do some of your own research. You could start here.

The ferret study gets referenced often by some docs and scientists as proof of pathogenic priming. Pathogenic priming is also referred to as ADE, or antibody dependent enhancement. There is one or maybe a couple other studies that get quoted but according to Dr. Tom Cowan they are similar in design and careless in the same way as the ferret study is, in his opinion.

Pathogenic priming for anyone that doesn’t know, is the idea that if you inject someone with a substance that helps them make antibodies for a foreign protein (in this case the ‘spike’ protein which is purportedly a segment of the genome of Sars-Cov-2), when they are exposed to the virus in the wild, they are “primed” to overreact, a ‘cytokine storm’ ensues, and they possibly even die.  The ferret study is one of the proofs that this could happen.

On to the ferret study. I learned about this from listening to the brilliant Dr. Tom Cowan describe the study in a longer teaching video so all of this is his work and interpretation of the study which I have read through myself. I’ll also link to the study itself at the bottom.

They acquired 12 ferrets from Marshall Farms in NY. For whatever nutty reason, these ferrets were castrated. Go figure. They were put into 3 groups of 3. So actually only 9 ferrets were part of the study. The animals each had their own cage.

The 3 different injected potions, one for each group of three.

They used a smallpox vaccine. It was from a recombinant (genetically modified) smallpox virus. They shelled it out (not sure how that is done exactly) in order to insert a spike protein, aka RNA sequence, from the Sars-CoV-1 virus. This is similar to the design of the J&J vaccine except J&J uses an adenovirus. This is the potion, aka vaccine, they used on group 2, ferrets 7,8, & 9.

For group 1, ferrets 1,2, & 3, they used the shelled out recombinant smallpox vaccine without the spike protein inserted.

They were all injected ‘peritoneally’. Into their abdomen. (why??) and also injected subcutaneously, on day 1 and day 14.

On day 28, they were subjected to the so called ‘virus in the wild’ challenge, a SARS-Cov-1 ‘isolate’. These isolates are full of toxic materials in addition to the viral material, obviously not truly isolated. The ‘isolate’ has formaldehyde, antibiotics, and fetal calf serum. Really. This was noted in that study and it is also what they do in varying degrees in virology when they test ‘viruses’ for their pathogenicity, also called the “cytopathic affect”. The scientists sprayed this material up the noses of all the ferrets.

They then observed for 29 days.

Believe it or not, after all that, exactly zero clinical symptoms were observed. They then did blood tests. All the ferrets had elevated liver enzymes. All other clinical tests were normal. They then killed all the ferrets. All of the ferrets had hepatitis upon autopsy results. There was one ferret, that had the worst case and that ferret was in the spike protein group.  That’s it folks, the whole study that is mentioned over and over as proof of the coming cytokine storms. Dr. Cowan did say there were one or two other studies talked about but in his opinion they also had very suspect procedures and ‘proof’ of ADE/pathogenic priming.

He speculates that since all had the vaccines or solutions injected into their abdomen, it would not be unusual for the toxic injection to cause liver enzyme elevation and increased antibody production that would be evidenced in the liver. He said the ferrets may very well have cleared the elevated liver enzymes/hepatitis but they were killed so we would never know.

I don’t know about you but that study doesn’t even come close to suggesting a coming cytokine storm from pathogenic priming. I have not seen the other evidence though, so if you have any, please share in the comments. Preferably in as detailed a manner as I have, though I know that is a lot to ask. I’m sort of kidding, but I believe details matter and this write up makes a good case for that.

All of that said, there are MANY other reasons to not get the vaccine. Goes without saying. I just have never resonated with the emotionally charged freak-outs that all the vaccinated are gonna die once they are exposed to the (fake) virus. I have heard some other crazy theories about how that could happen related to the graphene oxide in all the covid vaccines but I’ll save that for another time… 😉

The study (this document has a couple other items in it for reference but the ferret study is the first one): Ferret Study