Can We Continue to Justify Injecting Aluminum into our Children? 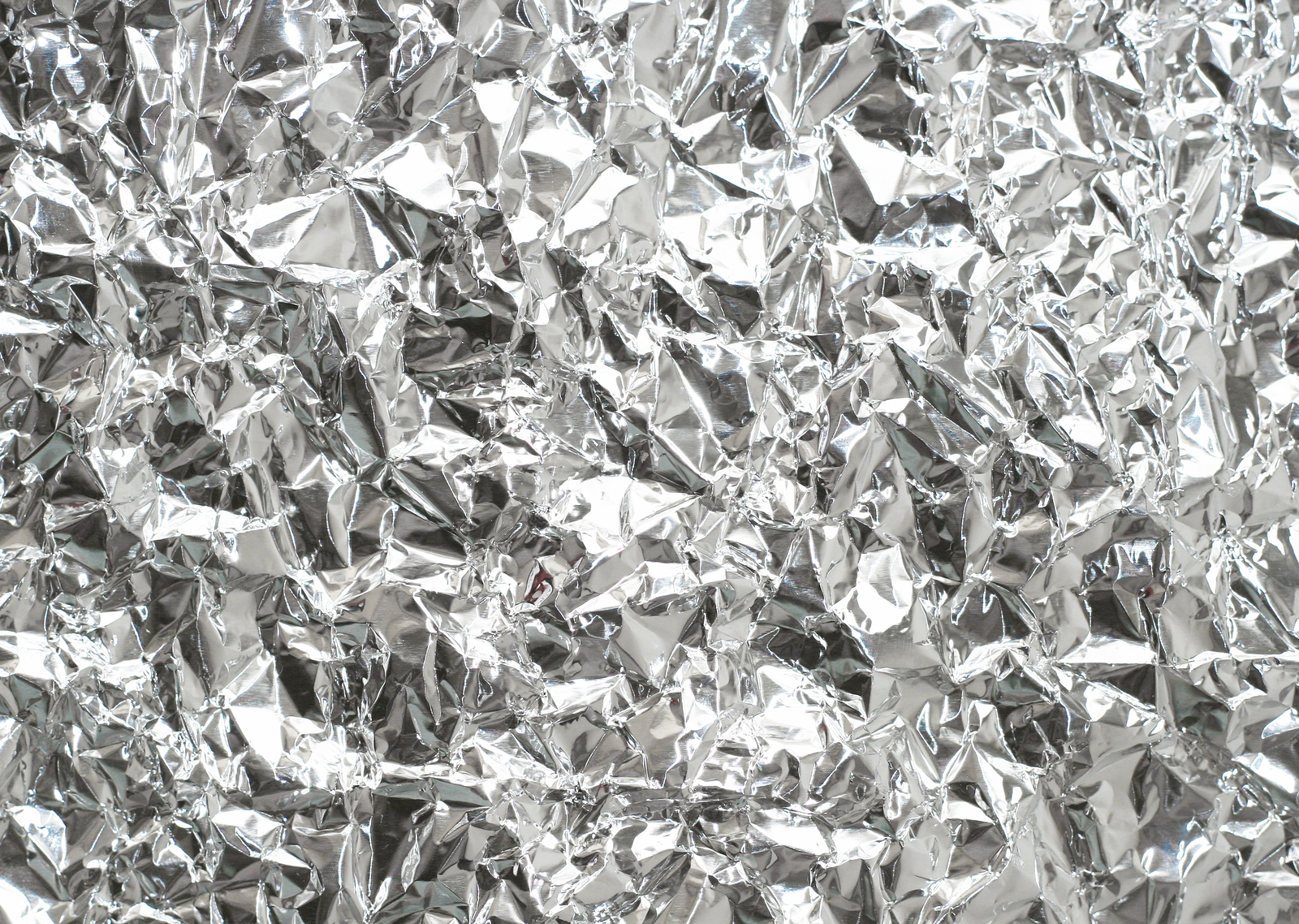 29 Jun Can We Continue to Justify Injecting Aluminum into our Children?

Posted at 15:41h in tend your body by the Crux of Health 0 Comments

A new report published in the Journal of Trace Elements in Medicine and Biology raises a disturbing possibility: that aluminum hydroxide, the dominant metal-based adjuvant used in vaccines today, is causing aluminum overload at injection sites, and contributing to the pathogenesis of diseases such as chronic fatigue syndrome, macrophagic myofasciitis and subcutaneous pseudolymphoma.[i]

Discussed is the case of a 45-year old woman with vaccine-induced subcutaneous pseudolymphoma, a type of skin lesion characterized by collections of lymphocytes, macrophages, and dendritic cells in the skin.  The researchers performed a skin biopsy at the injection site and found aluminum (AI) deposits in her macrophages. When the skin sample was assayed for AI and quantified, it was found to contain 768.1 micrograms per gram, dry weight, versus 5.61 and 9.13 in two control patients – up to 153-fold higher concentrations.

The report cautioned: “Given the pathology of this patient and the high Al concentration in skin biopsy, the authors wish to draw attention when using the Al salts known to be particularly effective as adjuvants in single or repeated vaccinations. The possible release of Al may induce other pathologies ascribed to the well-known toxicity of this metal.”

As referenced, aluminum-based (and other) vaccine adjuvants are “effective” at increasing antibody titers, but they perform this feat through the hypersensitization and/or dysregulation of the humoral pole of the immune system (Th2), which is the immunological equivalent of kicking a beehive.

While intrinsically toxic adjuvants enable manufacturers to produce more antibodies with less antigen (often a profit-motivated decision), these synthetically-generated increases in the sheer number of antibodies produced does not in any way guarantee they will target the correct antigen (i.e. antibody-antigen affinity), which is the true measure of vaccine effectiveness; in fact, these unnaturally stimulated antibodies cross-react with and/or attack self-structures, e.g. myelin basic protein, leading to the break down of immunological self-tolerance, i.e. autoimmunity.

It is a curious fact of vaccine history that while aluminum hydroxide has been injected into billions of people and has been used for almost one century as the only vaccine adjuvant approved worldwide, its mechanism of action is not fully understood, and is only being investigated with any depth in the past five years.

We know that one way in which aluminum hydroxide induces an enhanced immune response is through activating the inflammasome within myeloid cells, a key immune-mediated activator of the inflammatory response and which is known to induce cell death. And yet, without understanding its exact mechanism of action, it is impossible by principle to ascertain fully its risk to health.

Aluminum is an experimentally demonstrated neurotoxin and the most commonly used vaccine adjuvant. Despite almost 90 years of widespread use of aluminum adjuvants, medical science’s understanding about their mechanisms of action is still remarkably poor. There is also a concerning scarcity of data on toxicology and pharmacokinetics of these compounds. In spite of this, the notion that aluminum in vaccines is safe appears to be widely accepted. Experimental research, however, clearly shows that aluminum adjuvants have a potential to induce serious immunological disorders in humans. In particular, aluminum in adjuvant form carries a risk for autoimmunity, long-term brain inflammation and associated neurological complications and may thus have profound and widespread adverse health consequences. In our opinion, the possibility that vaccine benefits may have been overrated and the risk of potential adverse effects underestimated, has not been rigorously evaluated in the medical and scientific community.[ii]

Another study published in 2011 in the Journal of Inorganic Biochemistry brought up the taboo topic of vaccine-induced autism, focusing on the crucial role of aluminum adjuvants as neurotoxic agents.  The study abstract is well worth reading, as you will not see this type of information reported anywhere in the mainstream media:

Autism spectrum disorders (ASD) are serious multisystem developmental disorders and an urgent global public health concern. Dysfunctional immunity and impaired brain function are core deficits in ASD. Aluminum (Al), the most commonly used vaccine adjuvant, is a demonstrated neurotoxin and a strong immune stimulator. Hence, adjuvant Al has the potential to induce neuroimmune disorders. When assessing adjuvant toxicity in children, two key points ought to be considered: (i) children should not be viewed as “small adults” as their unique physiology makes them much more vulnerable to toxic insults; and (ii) if exposure to Al from only few vaccines can lead to cognitive impairment and autoimmunity in adults, is it unreasonable to question whether the current pediatric schedules, often containing 18 Al adjuvanted vaccines, are safe for children? By applying Hill’s criteria for establishing causality between exposure and outcome we investigated whether exposure to Al from vaccines could be contributing to the rise in ASD prevalence in the Western world. Our results show that: (i) children from countries with the highest ASD prevalence appear to have the highest exposure to Al from vaccines; (ii) the increase in exposure to Al adjuvants significantly correlates with the increase in ASD prevalence in the United States observed over the last two decades (Pearson r=0.92, p<0.0001); and (iii) a significant correlation exists between the amounts of Al administered to preschool children and the current prevalence of ASD in seven Western countries, particularly at 3-4 months of age (Pearson r=0.89-0.94, p=0.0018-0.0248). The application of the Hill’s criteria to these data indicates that the correlation between Al in vaccines and ASD may be causal. Because children represent a fraction of the population most at risk for complications following exposure to Al, a more rigorous evaluation of Al adjuvant safety seems warranted.[iii]

Another, even more taboo topic is vaccine-induced infant death, which is often forced into the “idiopathic” category of Sudden Infant Death Syndrome (SIDS). A report published in the Journal of Tropical Medicine in 2011, offers an explanation for the well-known, though often censored link between DTP vaccines used in the third world and increased mortality in female infants.[iv]

Titled “Immunological Links to Nonspecific Effects of DTwP and BCG Vaccines on Infant Mortality,” researchers reported on the fact that “A number of mainly observational studies suggest that many African females below the age of one year die each year from the nonspecific effects of vaccination with diphtheria-tetanus toxoids and killed (whole-cell) Bordetella pertussis (DTwP).”

The explanation they offered is that “…the adverse effects of DTwP vaccine may occur because of the Th2-polarising effect of the aluminium phosphate adjuvant in the vaccine and because intramuscular administration of the vaccine may cause chronic inflammation at the site of injection.”

Aluminum has no known beneficial function in biology. Increasing awareness of this metal’s role in breast cancer, due to its metalloestrogenic properties, and its prevalence in our food (baking soda), body care products (e.g. antiperspirants), drugs and environment (e.g. it is used in aerosolized form in military operations as aluminized chaff), is bringing to light how important it is to avoid unnecessary exposures, especially when it concerns the health of our infants and children who are already faced with an ever-increasing body burden of this, and other highly toxic metals. It is clear that if we implement the precautionary principle, vaccines which contain this, or any other, highly toxic metal should be avoided at all costs.